Set Rain to the Fire
back to main 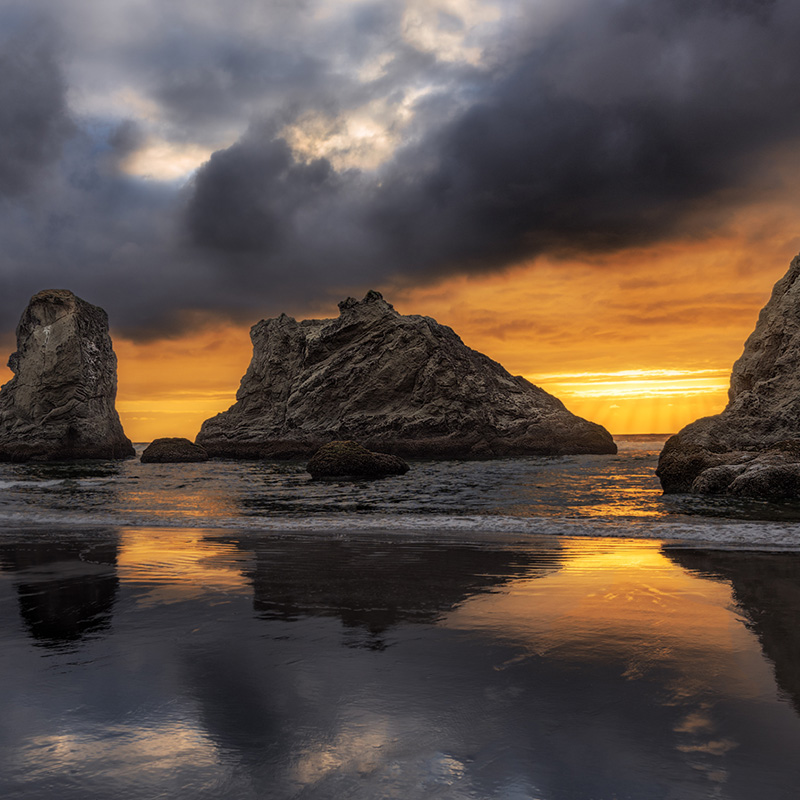 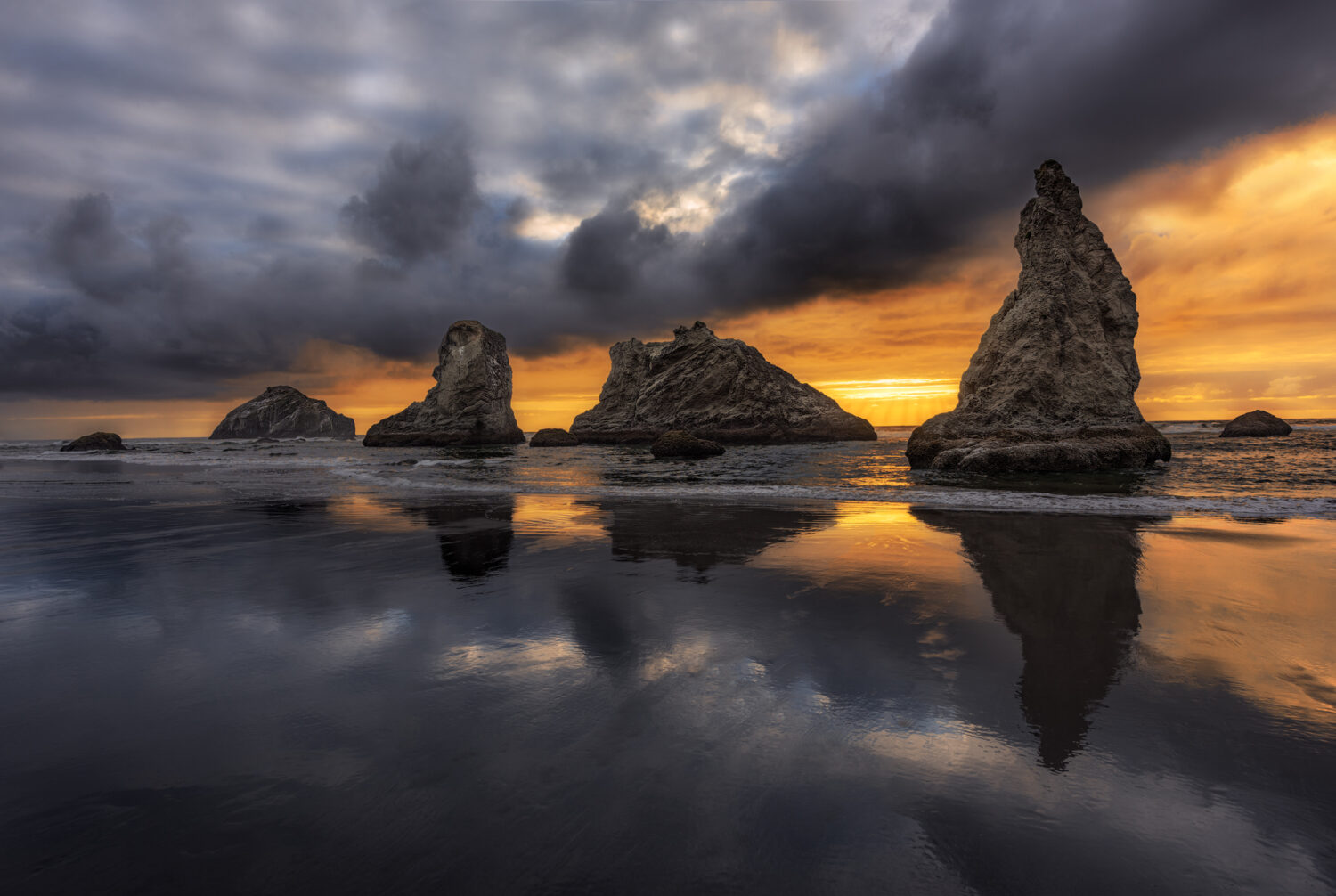 Set Rain to the Fire

“Some say the world will end in fire,
Some say in ice.
From what I’ve tasted of desire
I hold with those who favor fire.
But if it had to perish twice,
I think I know enough of hate
To say that for destruction ice
Is also great
And would suffice.”
Robert Frost, Fire and Ice

| In the summer of 2017, I was able to visit Bandon Beach at the Oregon cost and was able to witness an amazing spectacle in the air. After a huge thunderstorm, the sun decided to fight against the darkness brushing clouds aside, finding a path through the impossible. Darkness however was not passive at all giving the sun a wide berth just to hug the yellow-warm lights and cover them with dark again. Sun’s strongest tentacles however embraced back and both light and dark presented themselves as just two sides of the same. To me, it was like setting fire to the rain.

This momentum happened close before the Oregon wildfires have started in 2017. While travelling through Oregon I was able to see the memories of the last wildfire with sad trees fannying about. Unable to photograph I passed these landscapes with the wish to be able to set rain to the fire.

Dedicated to all who set rain to the fire, who set smile to the sadness, who believe in life over the downfall, who actively work to cooperate and not to conflict.

| Click on the image  to see the full-sized photograph.